Unfortunately, our current knowledge of tectonic plates does not allow us to anticipate the arrival of earthquakes, although it is true that we know the areas that are most conducive to their occurrence.

Therefore, our objective will be to prepare the buildings so that the damage caused by this phenomenon is controlled, minimizing damage, and avoiding loss of life.

This obliges to project the new constructions, and to rehabilitate the existing ones, according to the latest regulations.

Today's buildings are designed to support their weight, in compressive stress, but an earthquake exerts horizontal forces that can cause their collapse.

On the other hand, even if the structure resists the tremor, it can cause the fall of non-structural elements on the façade, walls, eaves... which are the cause of a high number of deaths.

Therefore, building codes require a balance between lateral resistance and the ductility of the building against these horizontal forces.

How do we get resistance against earthquakes?

To build an earthquake-proof building, the mass of the building must be as small as possible, and its distribution must be uniform on each floor.

Larger beams and pillars should be built with more steel inside. The connection between the two must also be reinforced, so that they do not separate, and the plants do not collapse.

This is where the new earthquake-resistant houses with full steel structures come in very efficiently, which have a magnificent response to this phenomenon.

However, and according to the structural calculations of these own steel house construction companies, it is not recommended for buildings of more than three heights.

The anti-seismic construction includes the entire set of measures to withstand seismic movements without collapsing.

We will look for a resistant and not rigid building, but as flexible as possible, concepts that are usually confused.

It should also be tried that the damage produced after an earthquake does not have to force the demolition of the building.

In different countries with a high incidence of earthquakes, such as Japan, the USA or Italy, systems are designed with insulating blocks in the foundations - thick neoprene joints -, which allow the transmission of horizontal movement from the ground to the building structure to be minimized.

ADVANTAGES OF THE TABIHAUS ® SYSTEM AGAINST THE PHENOMENON OF EARTHQUAKES.

The efficient TABIHAUS® construction system has, among many other advantages, its extreme lightness.

To all the known advantages regarding the building with low weight, the anti-seismic behaviour is added.

As previously mentioned, it is the ratio of masses between foundations and buildings that will guarantee us to overcome the seismic event.

Building with the efficient TABIHAUS® system, we will increase the mass of the foundations, but not through an economic expense in itself -oversizing these foundations-, but through the mentioned proportion.

On the other hand, as has been commented, it must be built with flexible materials. TABIHAUS® panels have great resistance but are very flexible to stress.

Inevitably, after a seismic event, the TABIHAUS® panels may crack, but they will absorb a large part of the efforts, and most importantly, through their support, flexibility, and stress absorption, the panels will be prevented from falling, avoiding the loss of lives.

Do not hesitate to request more information at: 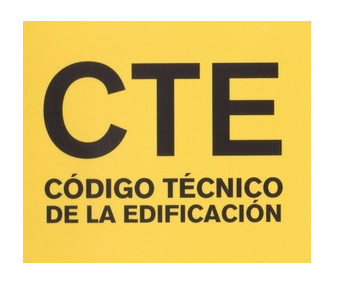